There are two R77.30 Security Gateways in the Firewall Cluster. They are named FW_A and FW_B. The
cluster is configured to work as HA (High availability) with default cluster configuration. FW_A is configured to
have higher priority than FW_B. FW_A was active and processing the traffic in the morning. FW_B was
standby. Around 1100 am, its interfaces went down and this caused a failover. FW_B became active. After an
hour, FW_A’s interface issues were resolved and it became operational. When it re-joins the cluster, will it
become active automatically?

In the R80 SmartConsole, on which tab are Permissions and Administrators defined?

In which VPN community is a satellite VPN gateway not allowed to create a VPN tunnel with another satellite
VPN gateway?

At what point is the Internal Certificate Authority (ICA) created?

Fill in the blank: The _________ software blade enables Application Security policies to allow, block, or limit
website access based on user, group, and machine identities.

Why would an administrator see the message below? 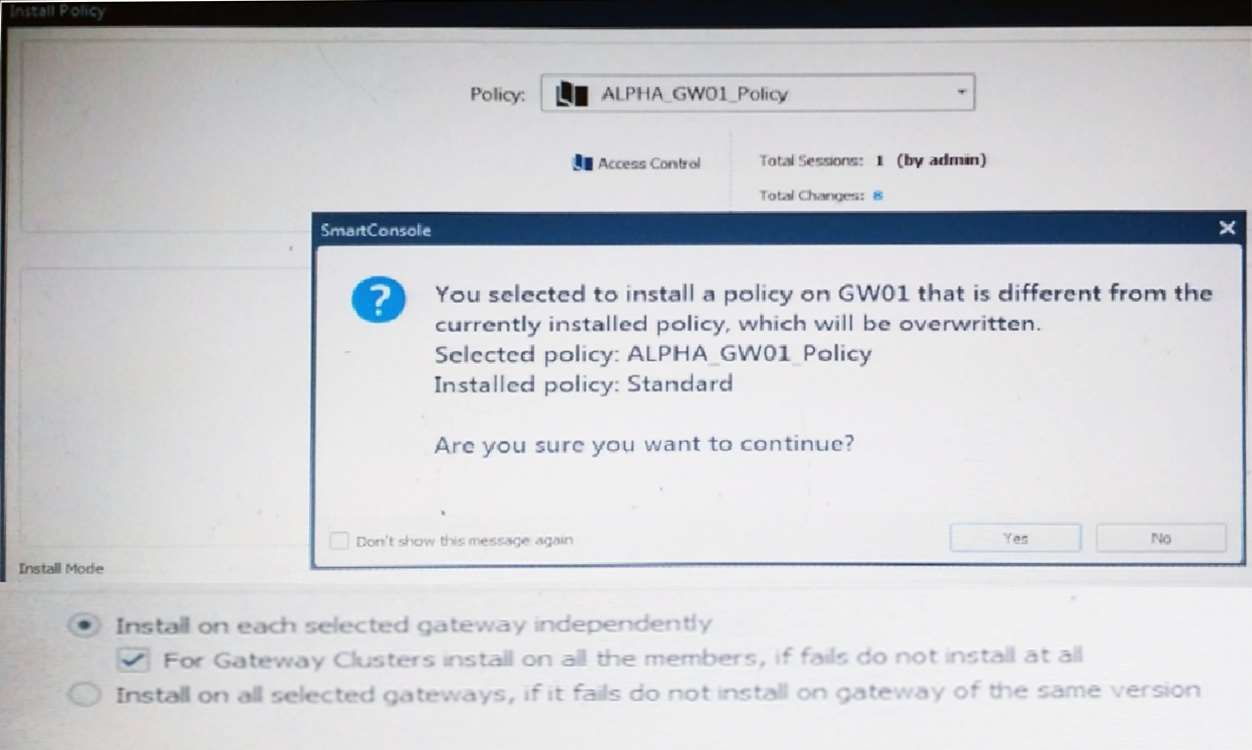 What does it mean if Bob gets this result on an object search? Refer to the image below. Choose the BEST
answer.